A brick is building material that is used to make walls, bridges and other structures in masonry construction. There are different patterns of bricks laying technique for different works which are called brick bonds.

The brick made from natural clay and having no special surface treatment is called common brick.

One of the most commonly used brick bonds, it is also popularly called running bonds. This bond is very easy to lay in the ground, it is one of the simplest ones used nowadays. It is suitable when walls of half brick thickness need to be built.

Stretcher bonds are not very useful for stand-alone structural walls, but very suitable for construction of walls with less thickness. Note, this bond will fail down if the thickness of the walls is more than half of the total length of the brick used.

A header is the shorter face of the brick, all bricks are constructed in the header course. In this bond, the overlap is done corresponding to half the width of the bricks. The three-quarter brickbats are used in alternative courses as queens. This bond is mostly suitable for the construction of one brick thick walls. 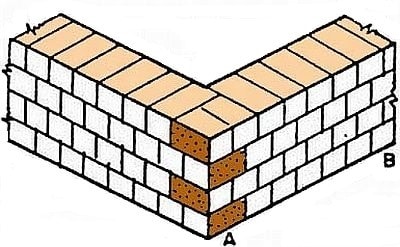 It is one of the most commonly used bonds in masonry works. This bond essentially made up of courses of headers and stretchers. Headers are laid in centered over the stretchers in the course below and each alternate row is vertically arranged in a straight line. To break the continuousness of vertical joints, a queen closer is utilized at the start and end of a wall after the first header. A queen close is a brick that is cut lengthwise into 2 halves and applied in the corners in brick walls. This type of bond is mainly used to construct tough one brick thickness walls with more strength. 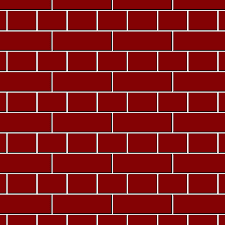 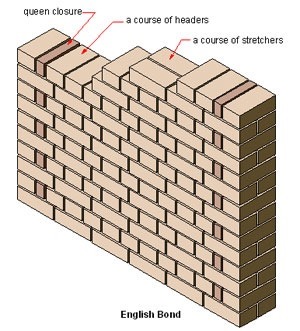 For this type of bond, each course is made up of the repetition of headers and stretchers. Each header is centered on a stretcher above and below and every repeated course begins with a header in the corner. For breaking the vertical joints in the following one other courses, queen closers are defined in alternate courses next to the header. This bond can be sub-divided into two  types: